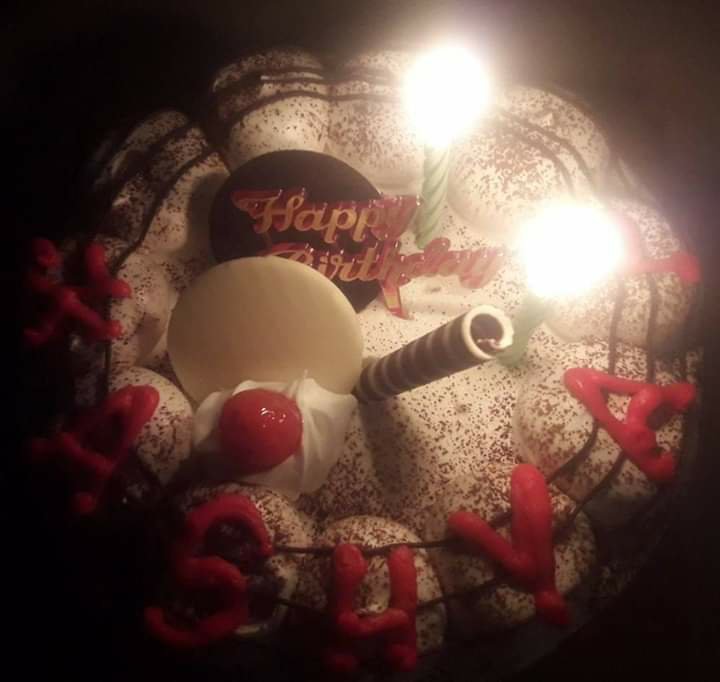 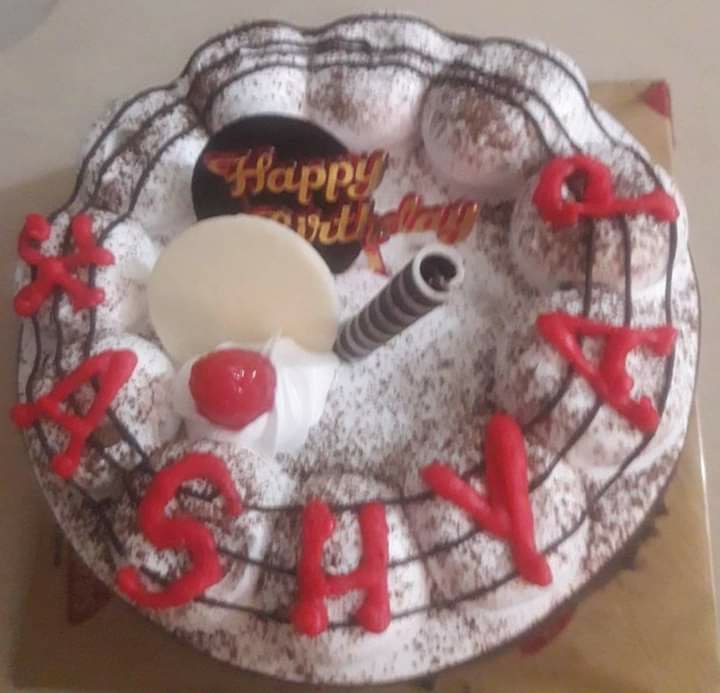 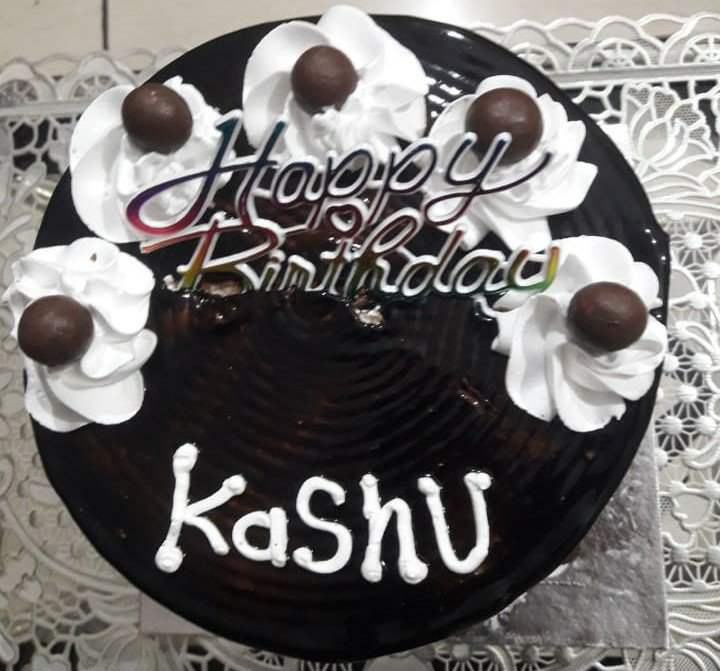 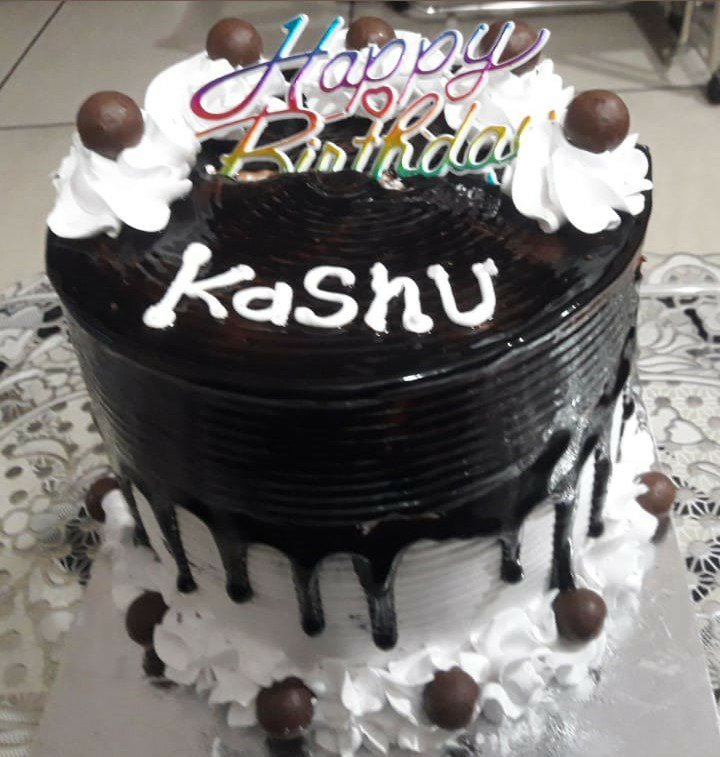 I want this day to come every time, so I can thank god and my parents, family, siblings, school/college friends, all the virtual world friends, well wishers, everyone everyday for bringing such a wonderful life to me.

Another happy year of smiles and joys!

Birthday is when ppl make me feel like celeb. “when the heart beats so hard for a lover
the lips long to give words to describe
how she is everything and the only
yet i am rendered mute
captivated, breathless
i decide to write
to share with her my soul’s overflowing

you are heaven-formed perfection
lithe and sprightly
as magic dancing in the air
and i wrote word after word
seeking to describe her every physical exquisiteness
my hand seized in mid sentence
what was I doing?
All these words, so limiting
only describing what I see with my eyes
What an injustice to her!
for I wish to describe a beauty beyond words
using mere words
ordinary phrases, cliches
in doing so I realized I was reducing her
to an ideal, an object

i sat, disgusted with myself
to turn a paradise-born angel into
a mere human
injustice
how could i compel my lover’s attention
if i made her like every other woman

I began to thik more deeply of her wonder
her capacity to love
her powerfulness and certainty
discerning, deep, melancholic
her displays of compassion on each person she encountered
again, i gave pause
yes, was these things and so many more
still, frail, weak words to ascribe to her 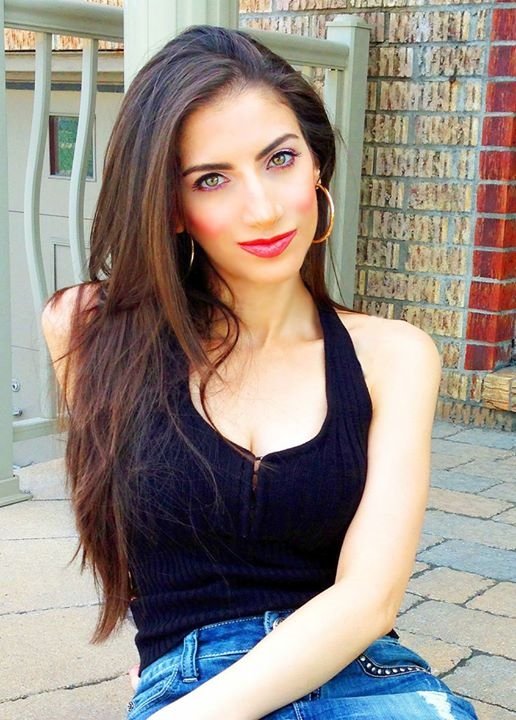 Her lips open galaxies just like dreams
I ask her to live to be part of me
I have never seen a golden woman before
Her eyes hold the mysteries the sky threw at the shore
Her river chokes my neck and I’m all in
Her moment enfolds all I am
It falls luscious on her shoulders
Bare and naked as she is walking in the sand
Standing on the edge of our dreams
A wind of charm around her neck
her glorious sacred face drains me deep
her silver skin leads in steps
tights full of fruits
waves arise in her smile
her body bends to all my heat
raging the ocean beyond my feet
At dawn you shall appear
heavenly divine you are so near
her flame is burning in so many lifes
but mine flickers closer to hers
her essence pressed to mine
fled to the new born man of me
and her diamond starts to shine
through my cracked glass
her veins throbb with lioness blood
thousand voices become my song
a perfect love to stay. 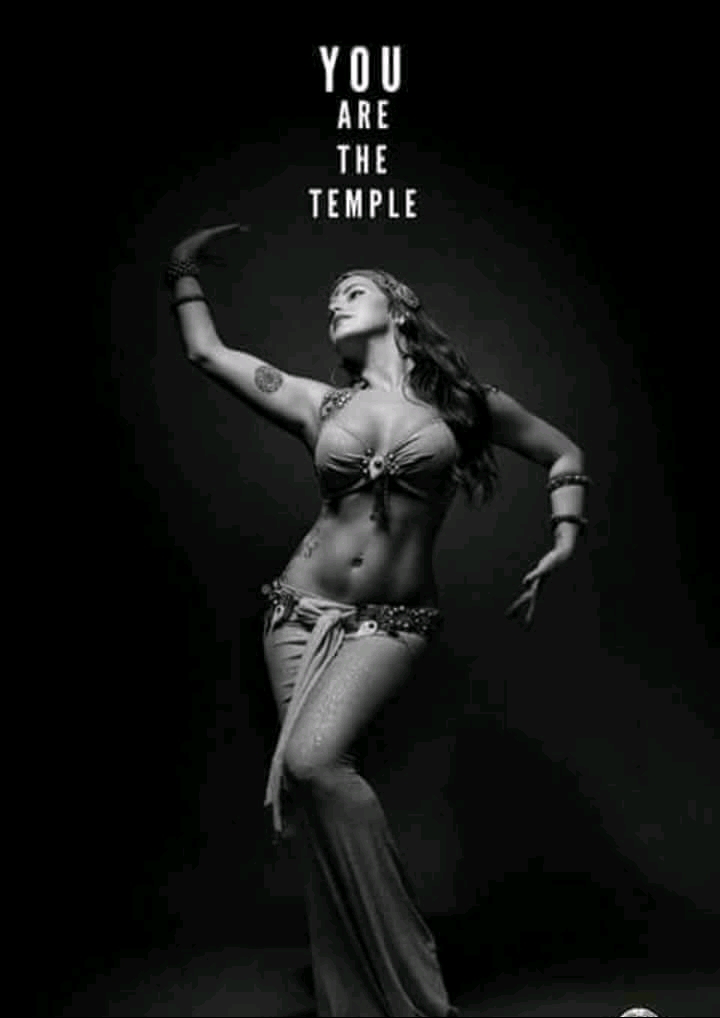 Like the
Song of angels on a morning wind
You are the lyrics of elysium’s light
Like the
Oceans tide of twilights rain
You are the steal of my heart in flight
Like the
Wild meadow petals of seasons adrift
You are the rose of sapphire eyes Like aurora
Kaleidoscopes guiding the darkness
You are a thousand dawns on starless night
You are love, my serenity of beauty
In a timeless moonlit invite
A breath of heaven that enchants my soul
In desire stroked fire wind cries… 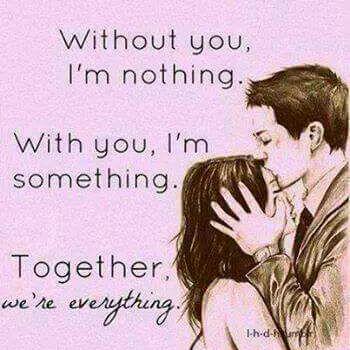 The brightness of her face
The splendidness of her demeanour
The alluring nature of her smile and
The purity of her heart evoke
Feeling of blissfulness in the self.

Like a journalist she is in
Motion with an air of certainty and also
Like an investigator unfolding
The crux of a matter or an enigmatic
Storyline.

She surges ahead spotting
A carefree attire with
Dishevelled and unoiled
Hairs and airs enhancing her beauty
Beyond imagination.

Her voice is sarcastically
Sweet and the cell is
An integral part of her self
She fumes and frets,but when
It comes to understanding
Human minds,she is the
Best in the business.

The resigned and fatalistic
Mentality is her Achilles Heel
But then that is her way of confronting
The challenges of this world.

She is carefree because
Nothing is crawled around
Her neck due to the infancy
Status of her existence.

She is the toast of her family
The joy of her near and dear ones
The hope of the society and the bedrock
Of love,care and compassion.

She reigns supreme without
Any inhibition to chart out
A new course of action in
This world of pitfalls.

The power of that Goddess
Is so refreshing not because
Of her beauty but due to the
Immaculateness of her mindset.

The rebellion of this Goddess is
Silence couched in the
Inevitability of fate befalling
On her at anytime.

PS- TO MY GODDESS, MY LOVE, MY SOULMATE, MY EVERYTHING. 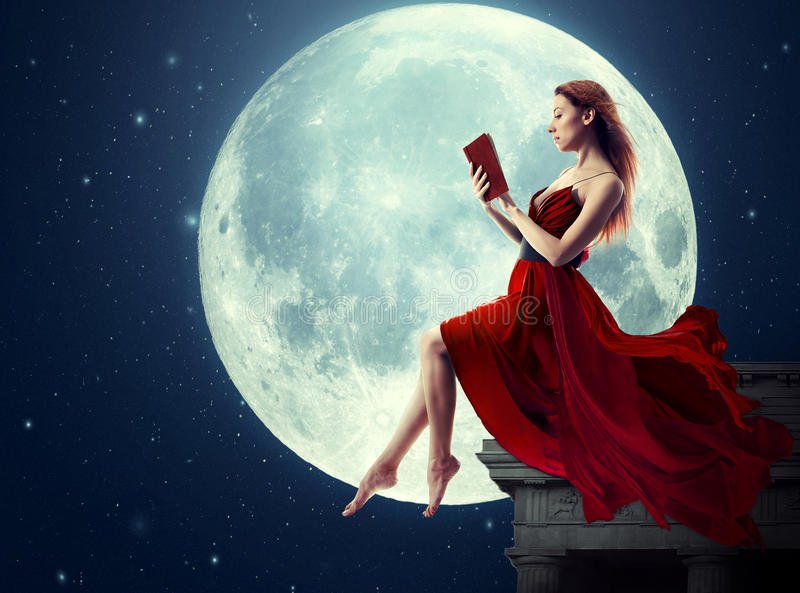 Oh, what a sight.
You wearing only the moonlight.
You wore it just right.
Voluptuous curves flowing in the night,
Like a gentle breeze.
Through the trees.
Cascading in rapturous silverlight.

The gods personified desire.
Dressed you in silver fire.
Created you to inspire.
Setting hearts afire.
With the moonlit.
Your only attire.

Glistening dew on your skin.
Like the stars in the sky.
Dance at the shiver of you quiver.

I beg for your touch.
For my soul needs a crutch.
Please come and kiss my sin.
And let us start again.

But even the gods fell short.
In capturing your essence.
The moon turned away,
Blinded by your luminescence.
Who was this entity so lucid and free?
It was you, the creation of beauty, and lover of me.

I got pleasure
In your words.
In the garden of my love,
you were teasing me,
you were plucking petals.
My ears yearn to hear
those words from you,
only from you.
I left a piece of my heart
in your chest.
I have the desire to go through
from what you went.
Stand beside you
Till life ends
Oh my love !
Do you feel the same,
don’t you?
Hold me
because
I love
you.

Her eyes
narrate the story.
Her eyes
hold the eclipse of his glory.
Her eyes
solstice of his kisses.
Her eyes
full of stardust and
cosmo rays of my love
Her eyes
kisses my lips.
She is poetry
or akin.
Her words
are my reflection
and every night
I read her skin
because she is mine.
So, spell on me
enchant those verses again
Give me sparkles
coated with your love
to breathe in dark nights.
Lips dances with beat of heart,
eyes frown and lemme flirt
“How it feels?”
“In my garland of love” 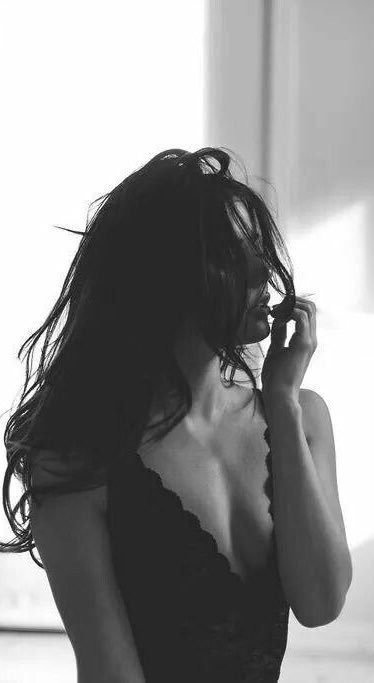 She basks in summer’s sun,
A co-conspirator to beauty,
Each held high, nothing bound,
Both immeasurable in the realm –

If she would lie next to me,
The air itself would be more precious,
A touch of flesh against flesh,
Sighs resounding, Hearts pounding –

She holds the world in her hands,
Her love and might nourished
By honey-milked skin throughout
Those who can see, they are amazed –

Her eyes are blinking lights,
A beacon drawing me home,
When at sea and drifting,
She shines and rises as I return.

At times, she wore grungy clothes,
No matter, her strong soul seeks sunlight,
Outside of her garb, as a seed grows a tree,
She flows like flowers in a springtime breeze. 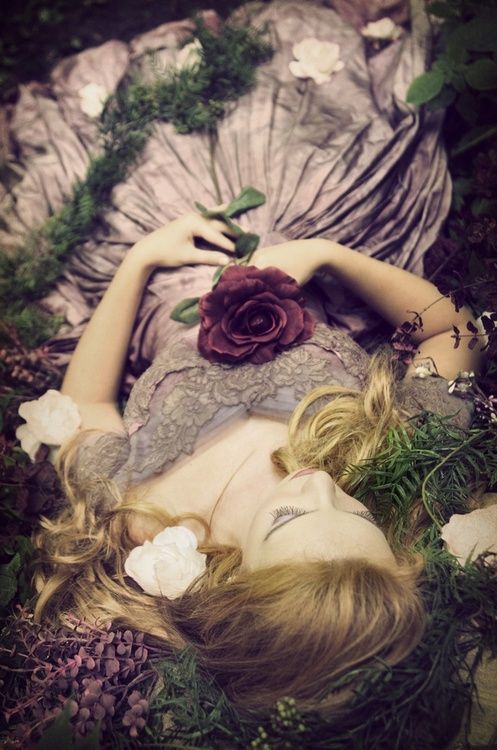 Eyes of the deepest blue

Mirroring an ocean at the beach to dive in

The waves mixing a cocktail of ecstasy & intoxication,

Bringing forth Nirvana with in just a mere drop

Makes no effort to enhance herself,

Has marvel & beauty themselves worshipping her shadows

Desperate for her acceptance

Her each breath transcending time

As all of humanity watches in envy

Lips so alluring, the wind itself dying to touch them

Having already accepted the new ordinance of direction

Each word seeped in invigorating melody

Nightingales listen in tears…knowing their time is gone

Bringing hours of anguish to the heart & mind,

To look or not to look?

To touch or not to touch?

Destruction at each path

Electric charges flow from each quiver of her fingertips

Bringing forth a tantalizing swag as the quiver continues down the body to hips, thighs, ankles, toes

A swag that cannot be done justice to…in the real world or a fantasy of a play, text, book

For mere words themselves look at her & have no retort

The sunshine has already died in shame as she awakens

Come nightfall, it is now time

For the stars & the moon bow down before her surreal beauty

A goddess in disguise? 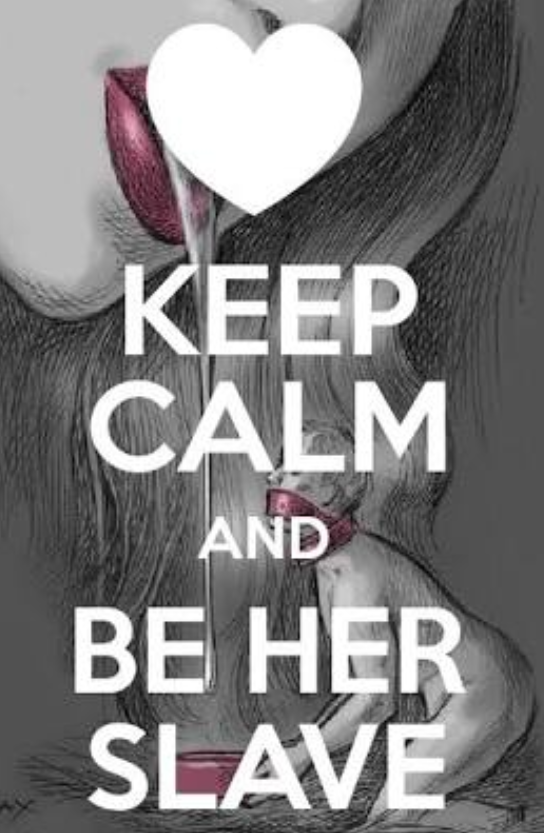 “She demanded me and my obedience. I gladly accepted. I am her marionette, my goddess pulls each string with utmost perfection.She frowns in disgust with my immediate response, even though she knows that I am a proud slave of her. Her cologne, a chain dragging me into her arms. That majestic beauty tormenting me to drudge to cherish her charm. I should beg her on my knees to forgive me, but I only infuriate her more. I tell her pleasingly I’ve been a bad boy and to mistress of mine with an impish look, I plead, she however does not take the bait and leaves me. I sit there on my knees, heartbroken and without her to tell me what to do or say, knowing that I am lost in the wilderness of perpetual heartache. My heart remains a slave for life with no master. Sobbing like a little boy whose mother has chastised him for the first time”